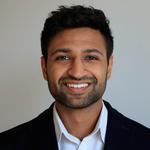 Updated 1 month ago by Sachit Soni

This script takes an Indicator from a Splunk ES Notable Event and enriches it with metadata and scoring summaries from TruSTAR. That enrichment is then appended to the Notable Event as a note. The script runs whenever a notable event from Splunk is forwarded to Phantom.

This script uses the TruSTAR REST API to create a playbook of actions that works with the Splunk Phantom environment.

Sending enrichment back to the originating notable event in Splunk ES requires the notable event API in Splunk so, you will need to install the SplunkES integration in Phantom.

After you have provided the information, your account manager will configure the feature and then email you with confirmation that the script has been enabled.

Q. Can this script handle notable events with more than one Indicator?

A, If you have created custom Splunk searches to produce notable events containing more than one Indicator, please contact TruSTAR support to discuss if the script can be modified to handle this situation.

Any issues or questions about this script, please contact support@notifications.trustar.co.